Following a report late last month claiming as much, Netflix has confirmed that it will indeed be making Bright 2, a sequel to its Bright blockbuster movie that was panned by critics but largely enjoyed by audiences. Despite terrible critic reviews, Netflix subscribers have had kind things to say about the show, describing it as fun and campy. Turns out when you don’t have to pay a minor fortune for movie tickets, it’s easy to enjoy cheesy movies.

Bright is billed as Netflix’s first blockbuster movie, but it didn’t strike the fancy of movie critics around the Internet. Reviews lambasted the show, in some cases calling it Netflix’s worst original movie ever. As frequently happens, though, viewers had something different to say. Despite a Rotten Tomatoes rating of 28-percent, Google currently shows a 93% favorable user rating. It’s clear that many Netflix subscribers enjoyed the show.

The reasons for the high viewer ratings is unclear; after all, it is a silly movie and similar things have failed to thrive in theaters. When sorting through these user reviews, one sentiment keeps surfacing: the cheesiness is fun when you’re not paying $10 – $15 per movie ticket to see it. For many people, going to the theater is a little bit annoying and, Movie Pass customers aside, fairly pricey compared to the cost of a monthly streaming subscription.

That cost and inconvenience, some viewers say, results in more critical evaluations of a movie. It’s not just about how much you may enjoy watching the show, but also whether you felt it was worth the trip and money. That’s what makes something like Netflix’s Bright so appealing — you can watch it from the comfort of your own living room and it doesn’t cost anything extra on top of the typical monthly subscription fee.

Movie stars Will Smith and Joel Edgerton will be returning in their roles as human and orc police officers; David Ayver will be back to both write and direct the sequel. The original movie’s screenwriter Max Landis won’t be joining the team for the second movie, though, according to Vanity Fair. Whether the sequel will be better than the original is anyone’s guess.

How Many People Can Simultaneously Watch Netflix per Account? 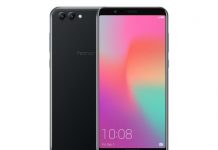