There are many digital entrances that you leave open all the time, such as Wi-Fi and your Bluetooth connection. Here we explain why.

What is the deal in Bluetooth?

The benefit of reducing your Bluetooth usage is that it reduces your exposure to vulnerabilities. That includes an attack called BlueBorne, announced this week by the security firm Armis. It allows any affected device with the wireless feature turned on to be attacked through a series of vulnerabilities.

The flaws aren’t in the wireless feature standard itself. It is in the implementation in all sorts of software. Windows, Android, Linux, and iOS have been vulnerable to BlueBorne in the past. Millions could still be at risk. The best way to protect yourself is to switch off Bluetooth whenever you are not using it.

Nowadays, the security of devices is much greater. Researchers and attackers both now look towards ancillary features and components to find ways in. Blueborne affects devices from Android, some versions of iOS and Windows. But in addition to endangering core devices such as smartphones and PCs, BlueBorne has implications for the billions of Bluetooth-equipped internet of things devices in the world.

These include smart TVs, speakers, and even smart lightbulbs. Many of these devices are built on Linux. They also don’t have a mechanism for distributing updates. Or even if they do, they rarely receive them in practice. Linux is working on but hasn’t yet issued a BlueBorne patch.

For the time being users do not have a quick fix to this problem. The best thing for consumers to do is to minimize leaving Bluetooth on when not necessary. This might be difficult in scenarios where you use your Bluetooth headphones at work. Google is preparing a patch to fix this critical flaw as soon as possible so it should only be a matter of time before the update hits users. 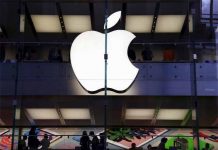