Facebook has hired a team of virtual reality experts in London, creating the first European base for its burgeoning Oculus division as Mark Zuckerberg aims to be at the forefront of the new technology.

Oculus, which Facebook bought for $2bn (£1.4bn) in 2014, has substantially expanded its UK team of engineers and developer relations staff in the last six months, according to employee profiles on the professional networking site LinkedIn.

Mr Zuckerberg is betting heavily on virtual reality as one of the next great technological leaps, and its development in London marks the capital as a key location in the growing industry. Last year, Facebook bought a British virtual reality start-up, Surreal Vision, although its team was moved to the Oculus office in Redmond, Washington.

The Oculus team in the UK is led by Mike LeBeau, a former senior engineer at Google who founded  the company’s voice search software and moved to London to join Oculus in January.

Mr LeBeau wrote on Facebook in January that “we’re going to build some really cool stuff”, suggesting that the UK base will be a central part of developing the company’s technology.

Of the 12 Oculus workers in the UK listed on LinkedIn, eight have joined in the last six months, indicating that Facebook is ramping up development in the capital. Recent job adverts for Oculus developers show it is continuing to expand further.

London is already one of Facebook’s biggest satellites outside the US,, and now ranks as the first Oculus base in Europe. The company, which was founded by Palmer Luckey, a technology prodigy who built a prototype Oculus headset at 18, now has offices in six US cities as well as posts in Hong Kong and Seoul.

Facebook, Google and Sony are rushing to bring virtual reality into the mainstream, building devices and software that can transport users to immersive digital worlds. Apple is also rumoured to be exploring the technology.

Mr Zuckerberg has said he sees a world in which people on other sides of the world use virtual reality to feel as if they are in the same room, although he expects it to take years to enter the mainstream. The technology is expected to first catch on amongst video gamers, although its backers believe it could transform industries including education, entertainment, and retail.

“VR is going to be most social platform [and] we’ve created new teams at Facebook to build the next generation of social apps and VR,” Mr Zuckerberg said earlier this year.

Last month, Oculus released Rift, its first headset, while rival devices from HTC and Sony are also being released this year. Deloitte expects total sales of virtual reality devices to reach 1m in 2016, although the pricey high-powered computers needed to support VR put it out of the reach of many.

An Oculus spokesman confirmed that it had a small team in London and said “we’ll have more to share on our international plans soon”.

Facebook confirms test of a downvote button for flagging comments 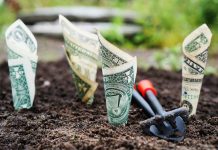 London was top destination for tech funding in 2017: Report